While Tovino Thomas visited our office, he was so much excited and he has a clear vision on his upcoming movie Oru Mexican Aparatha. Tovino is playing a leading role in the Movie. Tovino is expecting the movie will become a Huge success in box office. Other than Tovino thoms, Neeraj Madhavan, Roopesh Peethamber and so many other well-known Malayalam actors also playing key roles in the movie Mexican Aparatha. 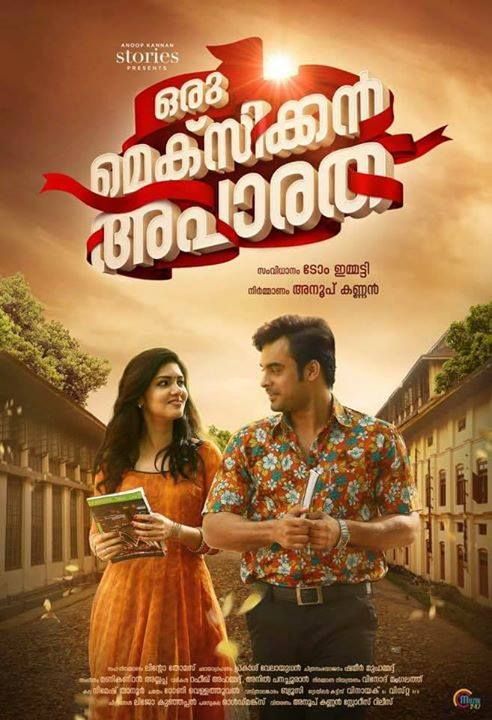 The Movie Title “Oru Mexican Aparatha” means The Mexican Dareness that symbolizing the braveness of the Students Federation of India students of Kerala. The movie is based on the powerful student’s politics that seeded in 1980 at Maharajas College Cochin. SFI is a communist supporting students organization that have a huge support among the colleges in Kerala. Oru Mexican Aparatha Movie shows the rise of communist party’s student union in MG college where congress was on the power until 1980. Since kerala is ruling by the Communist Party, the Movie “Oru Mexican Aparatha” is very much welcomed by communist supporters in Kerala.

Oru Mexican Aparatha Trailor is only 1 minute and 57 seconds long, but it explains about the story very clearly at the same time it is increasing the enthusiasm in viewers. Trailer starts with Neeraj madhavans explanation to protest for freedom (freedom of students). It is a pride moment for Maharajas College students, since the college was the main location for the movie. Tovino seems very much changed. We have saw him with large beard in the movie guppy, but in Oru Mexican aparatha he has a clean shaven face to match with his young students character. While watching the Trailor of Oru Mexican Aparatha, Neeraj Madhavan look like a student’s party union leader, who always inspiring and motivating his followers. Instead of Using the student party Names SFI (Students Federation Of India) and KSU (Kerala Students Union) director used SFY and KSQ, It seems very similar while pronouncing. The trailor shows the struggles of the Hero and his friends to succeed in college politics. Movie is expecting a huge success in box office, we can say that by seeing this trailer.

Here are the List of Songs in Oru Mexican Aparatha